The Indian Chinese of Kolkata enliven the myriad hues of the city’s cosmopolitanism despite many difficult times the community had to pass through. The Sun Yat-sen Street, close to the Territy Bazar in the Old Chinatown,   the only 19th century ethnic settlement to survive in Kolkata, is a perfect place where the Chinese people share space with the local street  market. There they talk animatedly; the elderly meet, shop and discuss their preferred subjects spilling their inner lives momentarily on the street. A  unique place that also offers   delicious homemade treats.  The year 2020 began on a happy note with the  celebrations  of the Chinese New Year on January 25. However, a  couple of months later, Covid-19 changed it all. Added to this misery was the India-China border clash in Ladakh in June that  left a trail of bitterness with the Hindutva  brigade calling for  a boycott of Chinese food and a ban on made-in-China goods. I have regularly visited my Chinese friends to observe how they have been living out the pandemic. 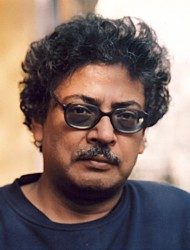 Born in Kolkata in 1960, to a renowned writer father Ashim Ray of Bengali literature, Kushal Ray is a journalist-turned photographer-painter. He started his career with The Telegraph newspaper in 1982 as a sports journalist, and covered many International sporting events. He took to photography while working for the paper that published many of his photo essays. In 1991 he began working as an independent photographer. His first solo exhibition was successfully held in Peramal Gallery, NCPA, Mumbai in 1998 where he exhibited his photo essay on Ladakh, titled Everyday life of an exotic land. The National Gallery of Modern Art (NGMA), New Delhi purchased one of his Ladakh works. In 1995 he joined Arts Acre, helmed by painter Subhaprasanna and worked in its studios for four years, taking part in many painting group shows. He also held two solo painting shows in Kolkata’s Academy of Fine Arts in 2001 and 2002. In painting also he proved his immense talent as he went on winning award and accolades. One such was the very prestigious award at the Academy’s annual show in 2002.

The most talked about work by Kushal Ray is Intimacies. In 1998, he began a new project in photography, documenting the everyday life of a joint family in Kolkata. The project spanned more than a decade and culminated in his book Intimacies with an essay by author Kunal Basu. Ray’s work on the family was highly acclaimed even before the book came out. Mint Lounge did a cover story on him in 2010 and novelist Amit Chaudhuri took his work to the University of East Anglia, Norwich, UK for a solo exhibition. FOTOJAJS is proud to have organized the project shown in an Artist Talk by Kushal Ray in Kolkata.

He also took part in Relative values: some current trends in Indian photography, organized by the University of Southampton, UK in 2007; 1st Singapore International Photography Festival, 2008; Click! Contemporary Indian Photography, 2008 in Delhi; Where Three Dreams Cross, 150 years of photography from India, Pakistan and Bangladesh in London, 2009-10.

In 2012, when Intimacies, published by Niyogi Books came out, the leading photographer Dayanita Singh nominated the book for the best photobook award at Le Bal in Paris.

In 2011, Kushal Ray was awarded a Senior Fellowship from the Ministry of Culture, Government of India for his work on Indian Railways, titled Once On A Train. In 2014, at the invitation of the Royal Anthropological Institute (RAI) he did a talk and held a solo show at British Museum in London on the occasion of RAI’s programme “Anthropology and Photography”. Then he took part in Delhi Photo Festival and Chobi Mela in Dhaka. He also took part in the Bengal Divided exhibition in Dhaka and Singapore in 2017. He is the first recipient of the Dignity Grant awarded by Dayanita Singh.

He taught photography to sex workers’ children (UNICEF project), conducted an Oslo University-Drik India workshop in Kolkata and the workshops of his own—Making Images I and II. He also conducted a unique workshop, titled “ Painting and Photography—the Osmosis Effect” at Counterfoto in Dhaka in 2015. He was the resource person in photography in the induction programme of IIT Kharagpur in 2018 and 2019. His on-going photography projects are: Ladakh, a syncretic living, and the Chinese community in Kolkata of which a glimpse of the later we see here.